Ten years ago (2010) when our journey of becoming Iceland Wedding Planners began, Iceland use to be one of those secretive places in the world.  It was not really on many people’s travel radar, let alone their destination wedding location list!  But then suddenly in April 2010, the world knew about Iceland, thanks to Eyjafjallajökull’s second eruption.  This powerful volcano sent several miles of ash up into the air!  Quickly halting international air travel across Europe for 6 days.  During that time period, there were endless reports worldwide bringing the limelight to Iceland.  Can you pronounce Eyjafjallajökull (proper pronunciation)?  Come along with us today as we share the most common 10 myths about getting married in Iceland! 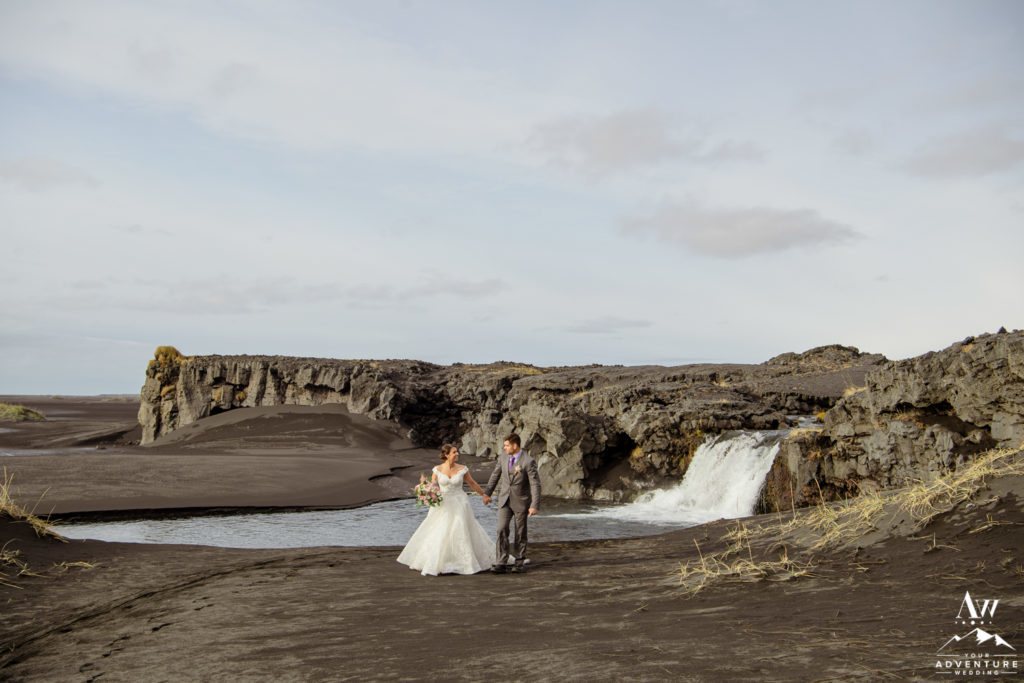 10 Myths About Getting Married in Iceland:

Let us first start by clearing up the first misconception some may have… Iceland versus Greenland confusion! Iceland is green (only ~15% is covered in ice) and Greenland is icy (whereas ~80% is covered in ice).  Although, Iceland Wedding Planner and our umbrella company, Your Adventure Wedding handles weddings in both locations, there are far more natural wonder options to be wowed by, in Iceland.  Now on to the biggest myths about getting married in Iceland… 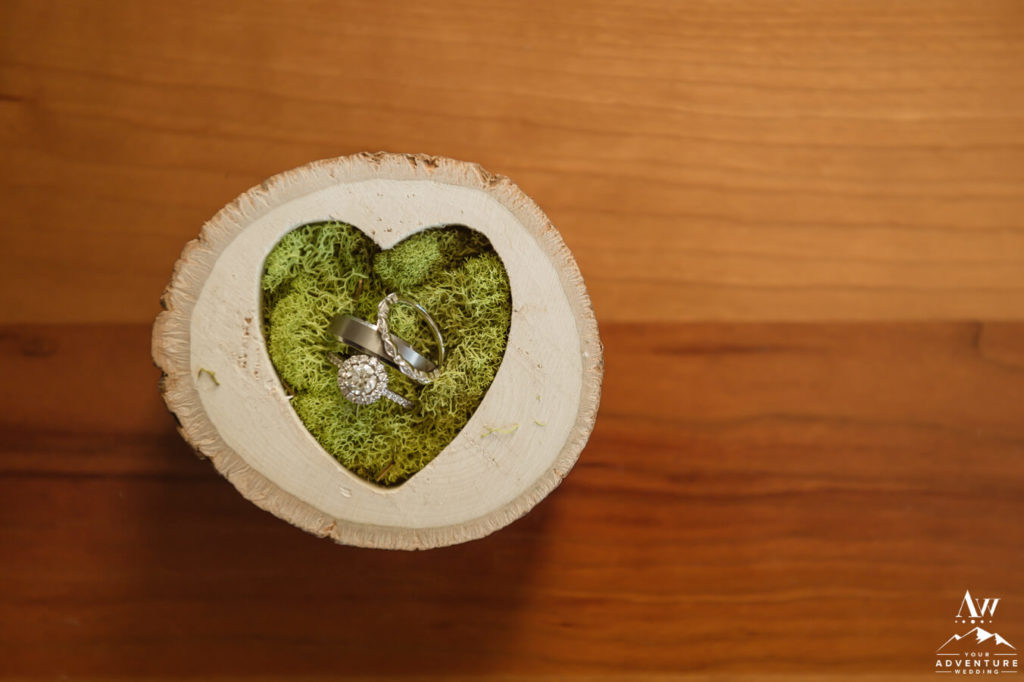 This is one of our favorite’s myths about Iceland. We get almost weekly Iceland wedding inquiries from couples saying they would like to “Get married under the Northern Lights.”  Ordering it up as if we have a switch to turn them on at any time during the year.  Once, we even had a couple a few years ago say they wanted to get married under a specific color of Northern Lights!

Unfortunately we must be the bearer of bad news and educate you that, Northern Lights (also referred to as the Aurora Borealis) do not happen every day even during the season.  There are several factors that go into being able to witness them during your visit to Iceland.  For example, it all begins with the sun emitting solar flares, this is a must and where it begins.

Furthermore, your best chances of seeing them are during the months of September-March in Iceland on a cold clear night in the country.  Why?  Because you need longer nighttime hours and you need to be in an area with no or low light pollution.  In fact, the darker the better!  As a side note, a fantastic website you can track the chances of Northern Lights in Iceland is named, Vedur. 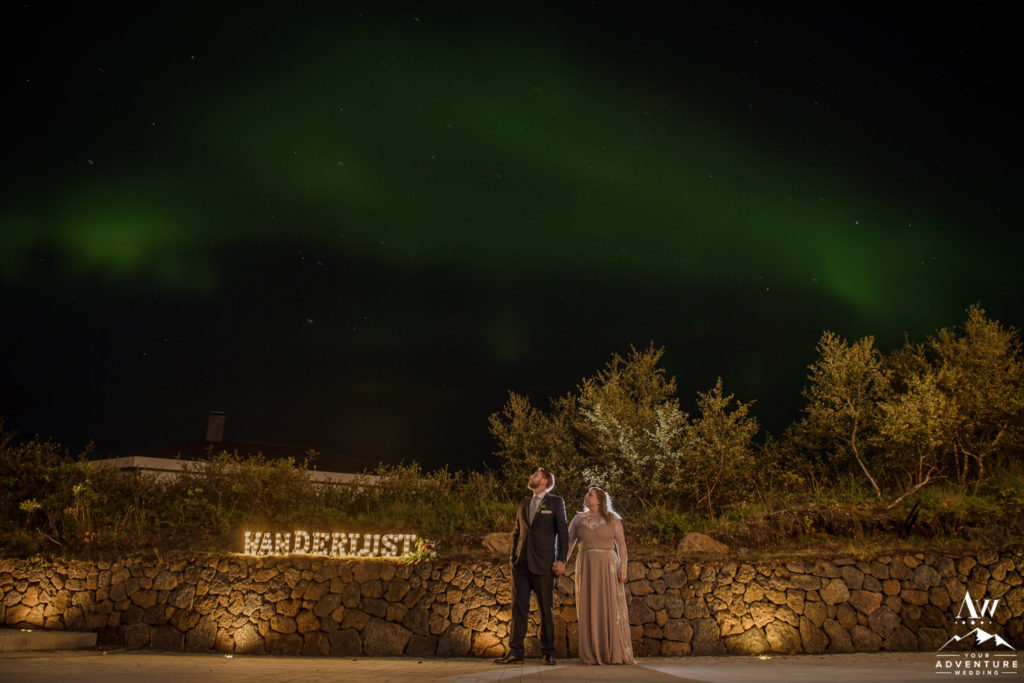 Unlike Hawaii, Iceland does not have volcanoes constantly erupting.  Despite having many volcanoes overdue for eruption, Iceland currently does not (as of when this post was written) have any active volcanoes erupting.  To illustrate, Bárðarbunga was the last to erupt in September 2014 lasting until February 2015.

Meanwhile, before that eruption, it had been since April of 2010 (Eyjafjallajökull Volcano).  And before that it was Grímsvötn in 2004 and Hekla in 2000.  Thus, if you are seeking a place to elope in front of an active volcano spewing lava, Iceland is currently not the place for you.  Nonetheless, in Iceland you can get married inside of an inactive volcano or in front of one! 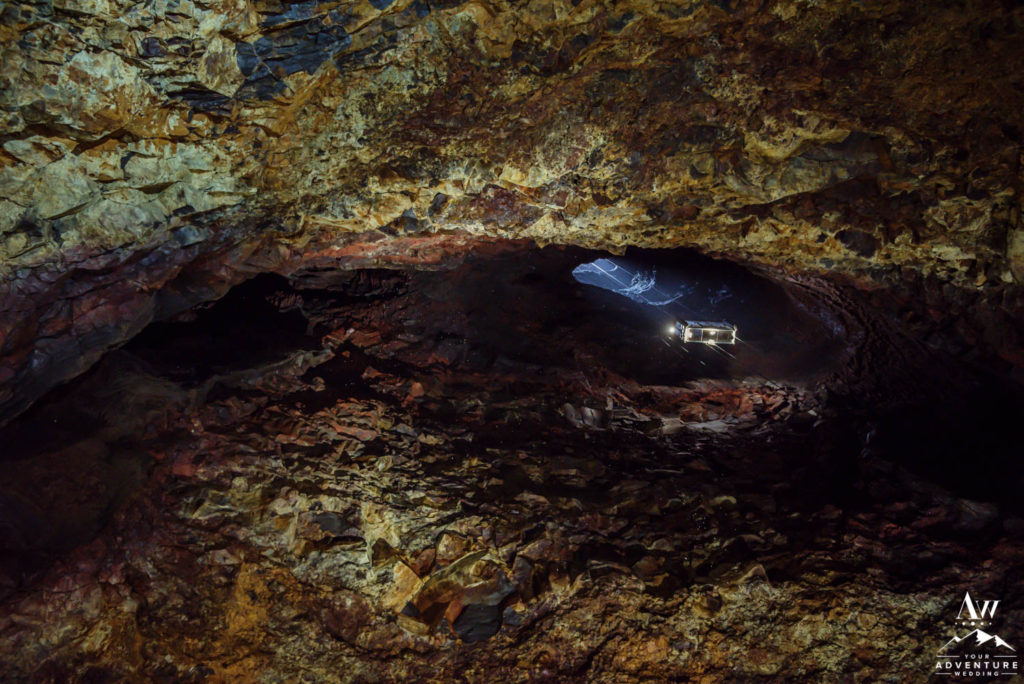 Myth #3: My wedding in Iceland will not be legal once I return home.

False!  Generally, if you get married in Iceland, you’re married!  Iceland’s marriage license is recognized by countless countries (IE, USA, Canada, Mexico, Singapore, UK, just to name a few)!  Note: Exceptions to this could be if your home country does not recognize same sex marriage.  Although Iceland does, it does not over rule your home country.  Also know you must in advance submit the legal marriage paperwork the Icelandic government requires as well.  But overall, foreigners can get married in Iceland!

Myth #4: It will be warm and sunny on my Iceland wedding day!

Another myth about getting married in Iceland is that it will be warm and sunny during a summer wedding adventure.  Sorry to burst your bubble, but Iceland is the truly the land of Fire and Ice!  Unpredictable at it’s core in every way.  Even the nicest days in Iceland can change quickly.  Bottom line, the weather in Iceland can even be extreme on summer days.  For instance, the more you prepare for it, the better!

It will also depend on what your definition of warm is…  During Iceland’s winter months (November-March the temperatures average between -15-4 °C (5-38 °F) excluding wind chills bringing a “feel like temperature” much lower.  Summer months in Iceland (May-September) usually bring temperatures between 7-13 °C (42-55 °F).  Generally speaking, it is best to plan for the worst and hope for the best so you are not disappointed with a rainy Iceland wedding or elopement day. 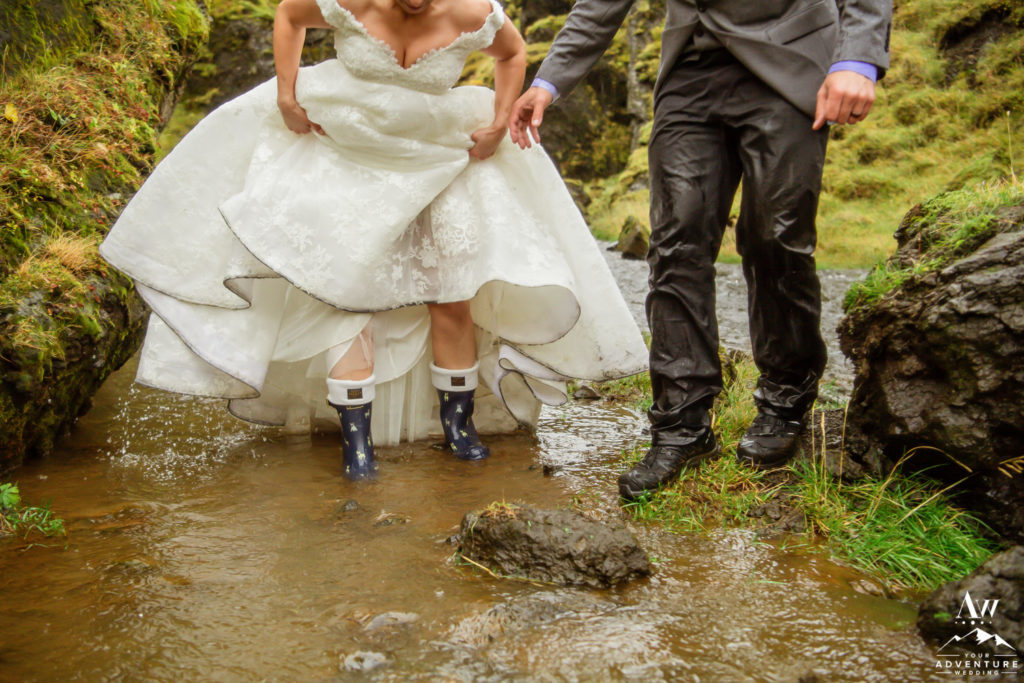 Myth #5: You can get married anywhere in Iceland without permission.

The majority of Iceland is privately owned.  Making the rest being owned by the government, towns, or local agencies as care takers.  That said, you must always get in advance permission, pay a landowner, or get a permit if you wish to be married in the wildness of Iceland.  Be respectful and don’t show up with your 10+ guests and hold a 10-30 minute ceremony without anyone finding out.  Being a country of a population of only 330,000+ people, word travels fast especially surrounding actions like this.

After all, would you ever show up to a national park or museum in the USA and expect you can hold a wedding ceremony there without an in advance agreement or permission?  No, you can’t just show up at the Grand Canyon and get married, you need a permit!

Likewise, your celebrant, photographer, or film team are getting paid professionally to partake in your day.  Which in turn means they are making money off of the local landowner, town or care taking agency.  Is that right?  Put yourself in the other persons shoes, you own a stunning waterfall… Maybe everyday you see people jumping behind ropes, destroying the fragile landscape, not respecting signs or fences, and showing up unannounced to your private property.  Some visitors may even leave trash (or even poop!) behind.

Next, you see a wedding couple show up or see photos later on social media too.  As a result, the landowner decides to close the land making it inaccessible for others because of your selfish disrespectful actions.  Let’s not ruin Iceland for future generations, okay?  #responsibletourism  Please and thank you!  Further, our Iceland Wedding Planner team has taken great care from inception to be mindful and respectful to local landowners.  We seek out in advance permission and even enter into monetary contracts with them to ensure exclusivity, etc. 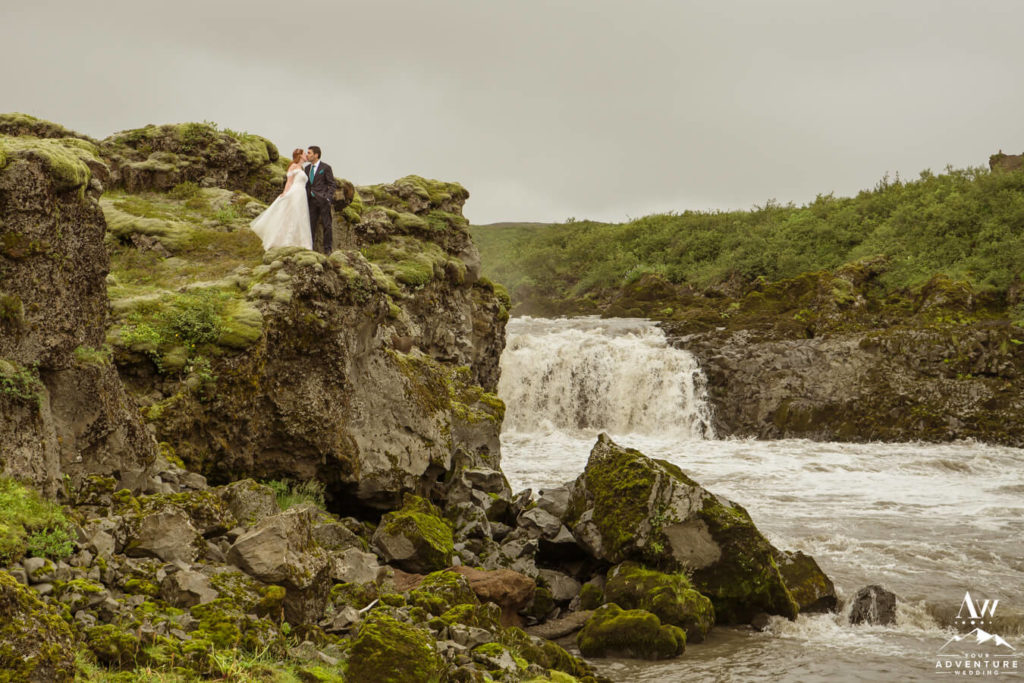 Myth #6: My own officiant can legally marry me in Iceland.

False!  In order for your marriage to be legal in Iceland and beyond you must have an officiant that is legitimately licensed in Iceland to perform your wedding ceremony.  There is no getting “ordained online” like we’ve heard in the USA has in some states.  Iceland has extremely strict rules.

Additionally, if you do want to bring your own celebrant or officiant than you will have a symbolic (non-legal) ceremony.  Otherwise, if you wanted the best of both worlds, we would encourage you to hold a civil ceremony at the Icelandic District Commissioner first and then have your symbolic ceremony with your choice of celebrant afterwards. 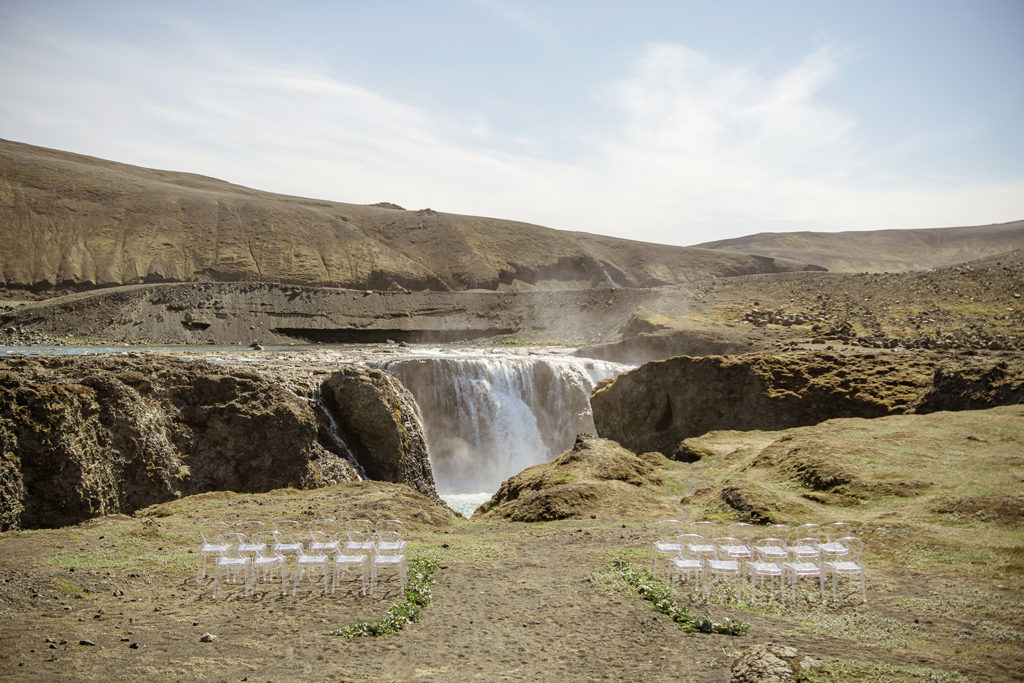 Myth #7: I do not need an inclement weather option (inside).

As we eluded to earlier, the weather in Iceland can be extreme!  Ideally you have an indoor option on standby, even if you don’t end up using it… Whether that means a cute countryside church, a museum, in front of big windows at the hotel, rustic barn, umbrellas, or a super sweet cave, have it available.

For instance, there is nothing worse than a gale force wind or sand storm taking your breath away as you are trying to say your vows!  Further, when we plan for our Iceland wedding clients, we always have a solid “plan b” spot on call. Truly, it’s important to also have a plan c, d, and e if things change along the way, so we advise you to do the same. 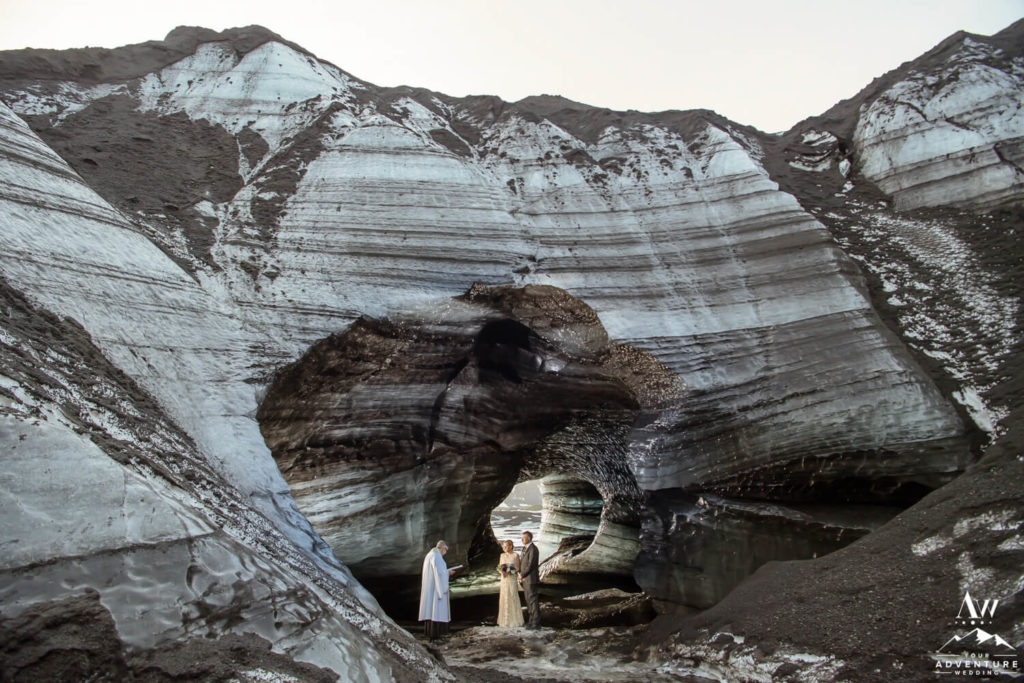 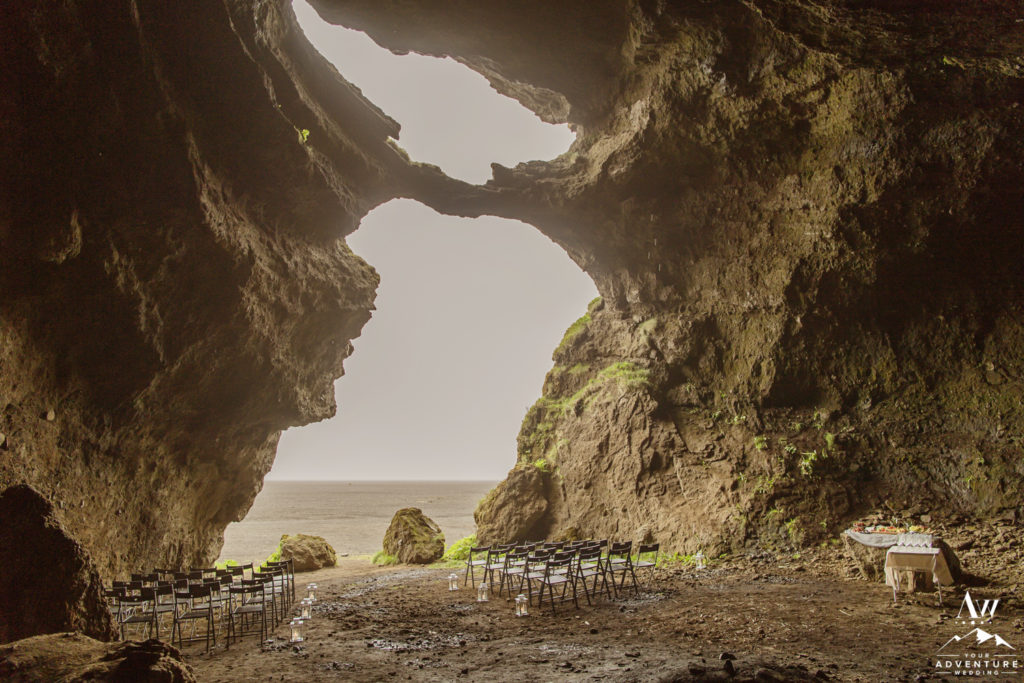 Myth #8: It’s cheaper to marry in Iceland than at home.

This answer to this one is most likely not especially if you embark on our adventurous elopements or weddings to private locations. Unless you intend on forgoing your big wedding back home and downsizing to an Iceland elopement. For example, wedding meals average between $70-100 USD per person and wine / liquors are imported so they come with an extremely higher price tag than your used to.

The good news is that what an Iceland destination wedding can do for your guest list is decrease it (especially if you turn it into an adventure wedding).  In addition, if back home you would have had the obligation of inviting 100 people, you may only have 25-45 follow you to Iceland and in that case you may save some money.  Please keep in mind that Iceland is one of the most expensive countries in the world so even if you find a cheap ticket here, the expenses pile on (food, lodging, and experiences). 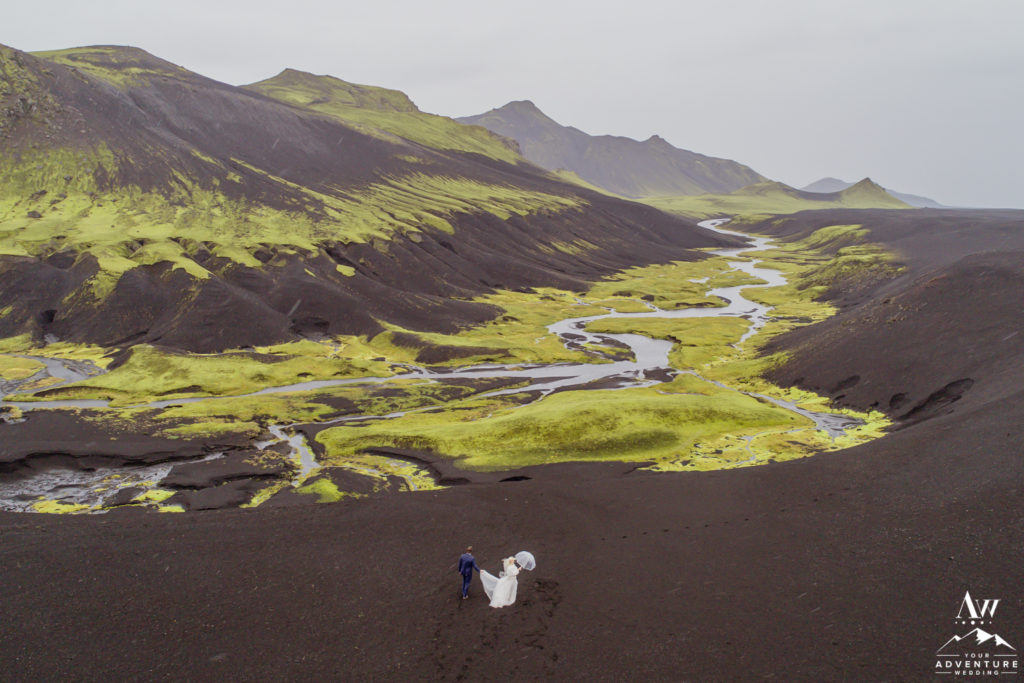 Myth #9: I can bring my own alcohol to my Iceland wedding reception.

Absolutely not!  Unless you are staying at a private house and having a private or self catering, it will not be cheaper for you.  All of the hotels or restaurants we have encountered will have an significant uncorking fee that would balance out any savings you would have had.  All that said, if you have something your taste buds can’t live without, your best bet if you do want something specific, would be to bring champagne to share with your group while out on your Iceland wedding adventure.  Think: A fabulous champagne toast with unforgettable scenery behind! #yesplease! 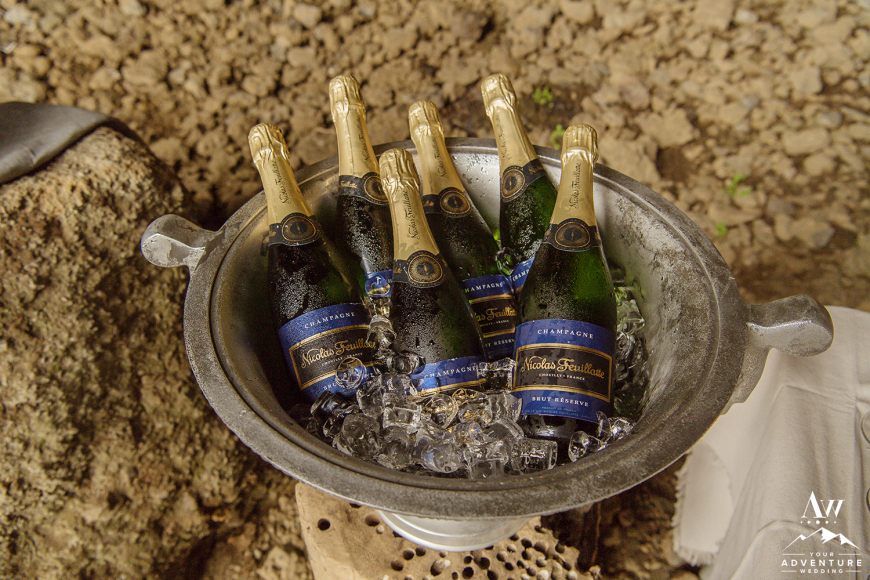 False!  You’re going to be super overwhelmed as you start looking at all of the amazing locations and options where you could possible say “I do.”  Hiring a local professional that is not only familiar with the best vendors, but also the locations in securing the proper in advance permissions and permits is important.

Having one that thrives on adventure (like our Iceland Wedding Planner team does) sets you up to have the very best and most unforgettable Iceland adventure ever!  A local wedding planner will also guide you through the marriage license paperwork process, suggest crazy beautiful areas for wedding portraits, and will tackle any issue with a smile and a plan.  Honestly, their efforts will leave you worry free to enjoy this incredible time in your lives!

Hopefully this informational blog post on the biggest 10 myths about getting married in Iceland has shed some light for you!  Interested in planning your adventure wedding or elopement?  Contact us for more details! 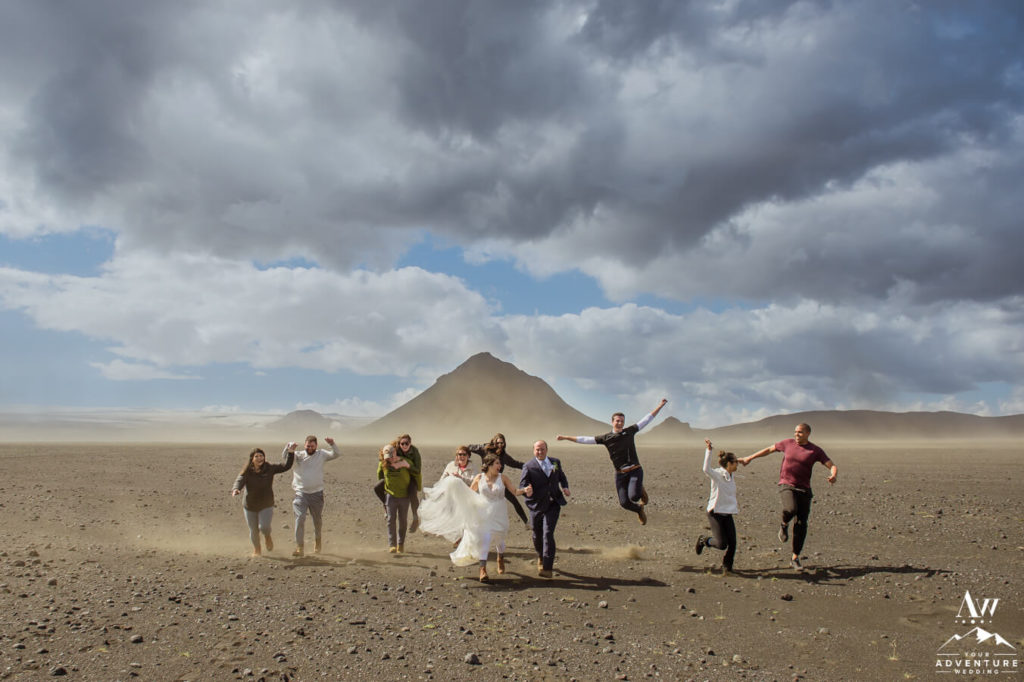